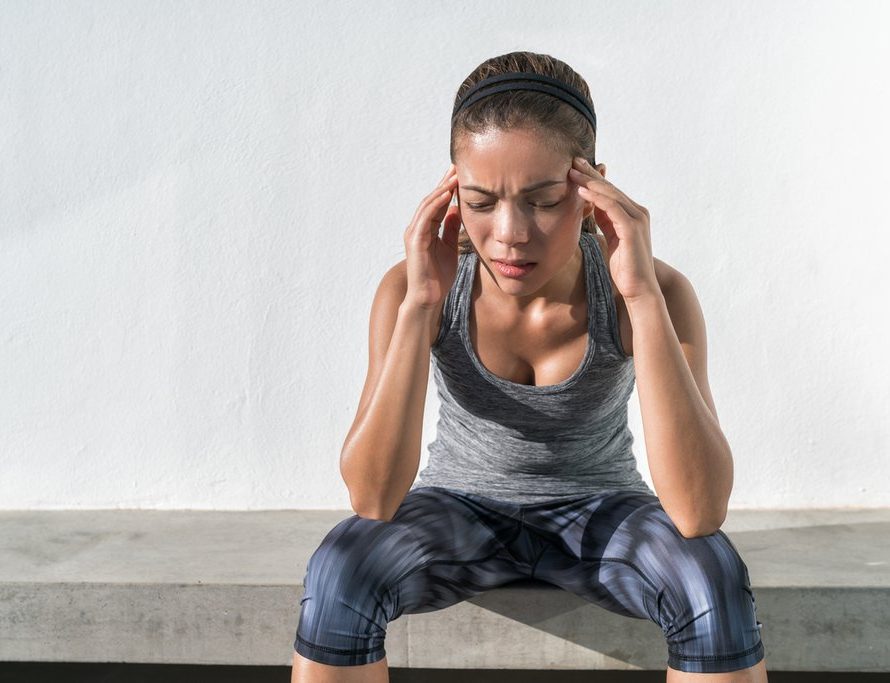 Isn’t it weird how we can remember our favorite song from the 90’s word-by-word, but can’t remember what we wore on last Monday for the gym? Well, me too.

We remember different types of memories for different lengths of time. Short-term memory? Those can last seconds to hours. Long-term memory? Those can last for years and years. A working memory? Well, it means just that – this type of memory works to remember something through constant repetition. Remembering your boss’ new phone number – that’s working memory. As we recall memories, many parts of our brain talk rapidly to each other, piecing together new information with our previous experiences and memories.

When you think of cannabidiol (CBD), most don’t picture it being a helpful memory aid. Doesn’t cannabis make you more forgetful? Can it help my memory? What’s the difference between THC and CBD? Can they both help my memory?

In today’s article, we’ll be discussing how memory works and how CBD may be able to help!

So let’s get to it – let’s start singing this memory melody!

CBD VS THC AND MEMORY

Let’s talk biochemistry 101 *puts on white lab coat* – the molecular structure of CBD and THC are very similar. There are over 110 active cannabinoids inside marijuana plants, with CBD being one of the many. Our bodies contain cellular receptors known as cannabinoid receptors. The cannabinoids found in marijuana and hemp that bind to these receptors (CBD and THC, for example) are chemically similar to what the body produces with endocannabinoids. These cannabinoid receptors in the brain take part in the modulation of learning and are especially important for working and short-term memory.

When you think of marijuana getting you high, it’s the THC that does that. Tetrahydrocannabinol, or THC for short, is one of the cannabinoids that binds to CB1 receptors to release dopamine in the brain and create a sense of a high. Hence, producing a psychoactive (“high”) effect. On the other hand, CBD does not produce “the high” that is associated with THC. CBD has a non-psychoactive effect. Like THC that binds strongly with CB1 receptors, CBD binds very weakly (sometimes it doesn’t even bind at all) to CB1 receptors. CBD can even interfere with the binding of THC and reverse the psychoactive effects of it.

DOES CANNABIDIOL HELP WITH MEMORY IMPROVEMENT?

Since the early 1940s, scientists have suspected that memories are held within nerve cells, in groups of neurons. These interconnected cells fire together as a response to specific stimuli. The more of these neurons that fire together, the more the cells, interconnectedly, get stronger.

Neurologically, synaptic plasticity is the fundamental mechanism of learning and memory. Or as I like to put it, the more flexible and adaptable our synapses are to neuronal stimulation, the better we’re able to connect the dots (aka learn and retain information).

In a recent study performed on mice, synaptic plasticity was slightly altered by CBD treatment. The CBD-treated mice had increases in spine density in the lateral amygdala and hippocampus aspects of the brain. This finding suggests that CBD alone might exert small effects on spine density.

In addition, a 2019 study found that 15 human subjects, taking daily oral administration of 200 mg of CBD for 10 weeks, had a greater total hippocampal volume and higher plasma CBD concentration. These findings suggest that CBD may be a useful option in treatments for a range of clinical disorders characterized by hippocampal pathology.

CBD OIL FOR MEMORY LOSS DUE TO ALZHEIMER’S AND DEMENTIA

Dementia is an overall term for diseases and conditions characterized by declines in memory, language, and thinking skills that affect a person’s ability to perform everyday tasks. Alzheimer’s disease, for instance, is the most common cause of dementia.

So what does the research tell us about Alzheimer’s and Dementia with cannabidiol? CANNABIDIOL MAY HAVE POSITIVE EFFECTS ON MEMORY, ANXIETY, AND MOTOR PERFORMANCE.

A 2018 study published in Cannabis and Cannabinoid Research targeted hippocampal subfield volumes with prolonged CBD treatment. Experts concluded that cannabinoids may be useful and therapeutic for a range of clinical disorders including Alzheimer’s disease.

CANNABIDIOL MAY BE USEFUL FOR CLINICAL DISORDERS CHARACTERIZED BY HIPPOCAMPAL PATHOLOGY.

CBD OIL FOR MEMORY LOSS DUE TO LACK OF FOCUS

Can it improve my focus? Hold that thought.

Long and colleagues performed a study on anxious mice with CBD implemented. The mice were given cannabidiol every day for 3 weeks and observed that there were no anxiolytic effects found.

Another study done with rats concluded that lower doses of CBD (2.5, 5, 10 mg/kg) showed a significant increase in focus and confidence with entering the maze. Researchers are working on it. For now, there are animal studies showing promise to cannabidiol enhances focus.

WHAT THE RESEARCH SAYS ABOUT CBD AFFECTING MEMORY

AS FOR PURE CBD, THERE WAS NO FOUND EFFECT OF CBD-RICH EXTRACTS ON WORKING / SHORT-TERM MEMORY.

A review published in 2018 in Psychopharmacology, researchers analyzed how cannabinoids modulate memory processing through interactions with the ventral hippocampus and mesolimbic dopamine system. When comparing the effects THC and CBD on signaling pathways, researchers found that molecular effects induced with CBD directly oppose those observed of THC. CBD exerts its effects through interacting with 5-HT1A and THC targets its effects through the CB1 receptors. This means that THC and CBD differentially control mesocorticolimbic dopamine (DA) activity states and emotional memory processing.

Recently, an open-label clinical trial demonstrated therapeutic effects of prolonged cannabidiol treatment on psychological symptoms and cognitive function. 20 frequent cannabis users underwent a 10-week open-label trial of 200 mg of oral-use CBD treatment. Psychological and cognitive assessments were completed at baseline and post-treatment. The CBD was found to be well tolerated with no reported side effects. Participants reported significantly fewer depressive and psychotic-like symptoms at post-treatment relative to baseline and exhibited improvements in verbal learning and memory.

Recently published in Frontiers in Behavioral Neuroscience, a 2019 study assessed the effects of THC and CBD on fear memory reconsolidation in rats. The rats received six continuous foot shocks (to initiate fear). 24 hours later, the rats were re-exposed to the shocks (to recall fear). Directly after the recall of shocks, the rats received an oral administration of low dose THC alone, high dose THC, CBD alone, CBD + low dose THC, CBD + high dose THC. Researchers found that CBD alone significantly reduced the fear memory. A combination of CBD and THC also reduced the fear response. THC was only found to reduce reconsolidation of learned fear only when administered with CBD.

An update on memory function, published in Substance Abuse and Rehabilitation, discussed the acute and chronic effects of cannabis on memory. In acute effects, CBD may be a protective measure for some aspects of memory by inhibiting THC-induced impairments. CBD may have therapeutic potential in reversing certain cognitive impairments induced by THC in cannabis. In chronic effects, CBD may reverse some of the neurobiological and behavioral effects of THC. Also, cannabis high in CBD and low in THC may help reduce memory impairment.

ACUTE AND CHRONIC EFFECTS OF CBD HAVE THERAPEUTIC POTENTIAL IN REVERSING COGNITIVE AND MEMORY IMPAIRMENTS AND PREVENTING MEMORY LOSS.

HOW TO USE CBD OIL TO IMPROVE YOUR MEMORY

Whether you’re a first-timer or are just wanting to be more consistent with your cannabidiol routine, CBD oil may be your new favorite tool in your toolbox.

Taking a dosage that you’re comfortable with is completely up to you! Customers have reported that taking CBD in the morning helps boost their day and keep their focus strong. Customers have also reported that using CBD as a midday pick me up works great too! However, you choose to use it is in your hands.

We recommend starting out with 1 full droplet of tincture and adjusting your dosage from there. You can always adjust your dosage once you figure out what feels appropriate for your needs.

Let’s recall so we can remember, shall we?

Whether individuals are looking to help reduce memory impairments, improve learning and memory capabilities, or help modulate emotional processes, CBD oil holds true as a therapeutic, 100% natural method for improving memory and learning. These studies suggest that cognition and memory are valid and therapeutic targets for CBD oil.

However, further research needs to be done on human subjects and clinical trials to determine and assess the full efficacy of CBD oil as a treatment for memory. Large sample size, randomized control trials need to better assess the benefits and effects of CBD oil on neurological parameters, including their effects on cognitive and memory function. Until then, original research articles and systematic reviews suggesting that CBD has positive effects on memory hold true.

* DISCLAIMER: The information in this article is for educational purposes only. It does not exploit or provide medical advice of any kind. Therefore, any reliance you place on the information below is strictly at your own risk. Please check with your medical provider before starting or changing a CBD routine.

HOW TO USE CBD

New to CBD? check out the related link to the new user guide.